The Law Offices of Peter J. King was established in April, 2012.  Prior to that time, Mr. King worked as an associate at a small Los Angeles law firm.  In addition to the insurance coverage work, his prior firm did general litigation work.

From 2000 to the present, Mr. King has researched coverage and prepared coverage opinions and the required letters to the insureds in roughly 175 cases for a current insurer client.  Such work has involved multi-peril policies that include CGL, D&O, EPL, sexual misconduct, counseling and various other coverages.  In addition to the often complex issues related to those coverages, the coverage analysis provided has generally included a practical analysis of the relevant Cumis issues.

From 1990 to 2000, Mr. King did similar work for a truck insurer, Condor Insurance Company, in an estimated 50 to 100 cases, involving policies that included automobile liability, CGL, UM/UIM and first party property coverages.  In addition to the relevant coverage issues, many of the cases involved issues related coverage under PUC/ICC endorsements and priority of coverage issues under California Insurance Code, Section 11580.9.  Mr. King did that insurance coverage work for Condor until that company ceased operations in roughly 2000.

From 2005 to 2012, Mr. King researched coverage and prepared coverage analysis letters and letters to the insurers for a landlord insured client in 10-15 cases, involving coverage for tenant habitability claims and certain other claims under CGL policies.  In addition to the CGL coverage issues, such cases often involved important Cumis issues.  Furthermore, two of the cases for that landlord insured client were rather significant coverage litigation cases.

Since  December 1990, Mr. King has been an active member of the California State Bar.  He obtained his J.D. degree from UCLA School of Law in May 1990 and his B.A. degree from UC Berkeley in June 1986.  Mr. King is happily married with two children, follows all major sports, enjoys exercising, body surfing and snorkeling, and is a fan of murder mystery books and shows. 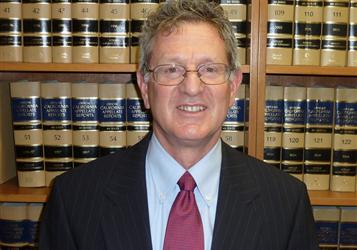